Manila is not one of the major tourist attractions of the Philippines, and many tourists use Manila just as a transfer hub for other destinations in the country, nevertheless there are several reasons to decide to dedicate few days in order to visit this city.

Manila has suffered deep wounds and destruction during the wars, and there are no monuments that are older than few centuries, but the charm of this city must be sought precisely in the scars of this suffering and in the great nobility with which its people tackles the harsh daily life.

“Manila” in the local language (tagalog) sounds like “Maynila”. This name, Maynila, derives from a genus of mangrove with characteristic white flowers, the “nilad”, from which the toponym “May-nilad” originated, meaning “place where the nilads grow”; and we all know that mangroves are a very resistant plant that can survive in tough places, just like this people.

The archipelago of the Philippines was a Spanish colony for three centuries, then in 1898 it became an American colony and Manila became one of the most famous cities of the East.

During the war with the Japanese, Manila was practically razed to the ground.

With the Americans return, the reconstruction of the city began.

The influence of the two colonizers (Spaniards and Americans) is still quite evident in the Filipino culture, but it is perhaps this mix of local culture and distant cultures that makes this city so interesting.

Anyway, here is a (non-exhaustive) list of places worth seeing in Manila: 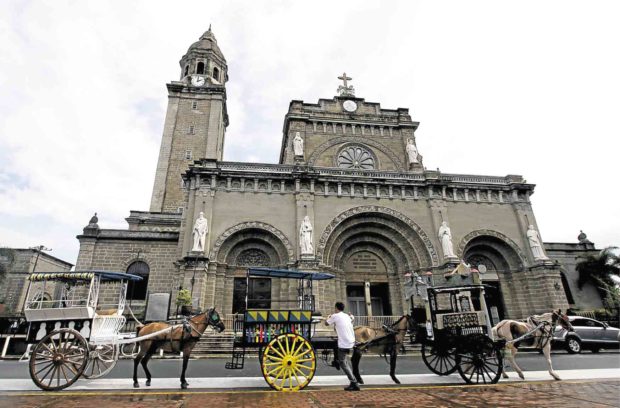 Ancient city-fortress memory of the Spanish domination, Intramuros is characterized by a network of perpendicular roads that, in the Spanish era, were the headquarters of the government offices in Manila; the perimeter of the city is equipped with protective bastions inside which the access gates to the walled city are obtained.
Almost nothing survived the American bombing against the Japanese, but what is left is very fascinating and interesting. 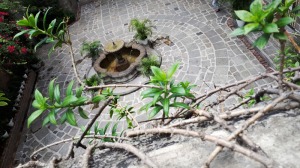 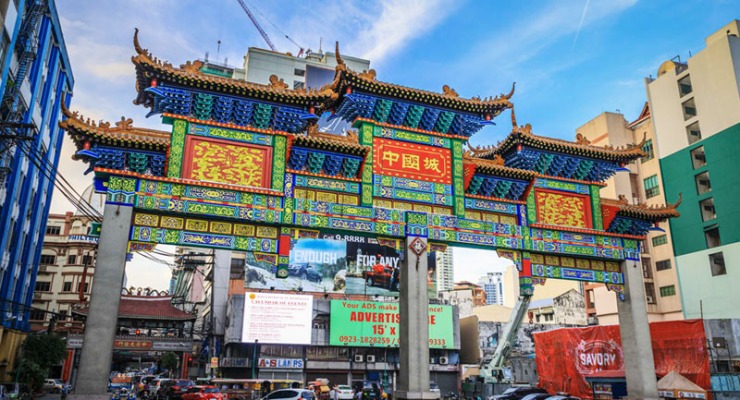 It is the oldest Chinatown in the world, established in 1594 by the Spaniards as a settlement near Intramuros, but it was already a hub of Chinese commerce even before the Spanish colonial period. 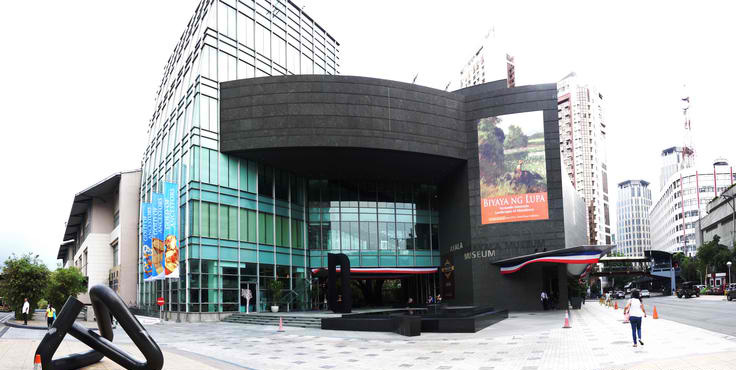 Located in Makati, this six-storey edifice houses ethnographic and archaeological exhibits on Filipino culture, art, and history. Without any doubt the most interesting museum in Manila. Do not miss a walk in the pleasant park behind the museum!
Notice: the museum is temporarily closed (from June 2019) 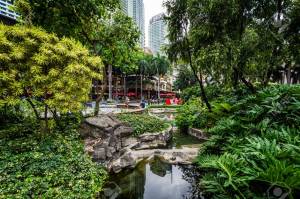 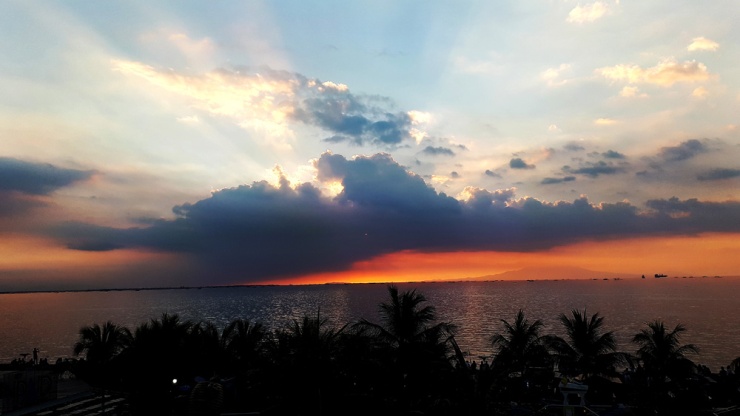 A pleasant walk adjacent to the sea, to be done strictly at sunset! Perhaps after a day of shopping in the nearby MAO (Mall Of Asia), one of the largest shopping centers in the world. 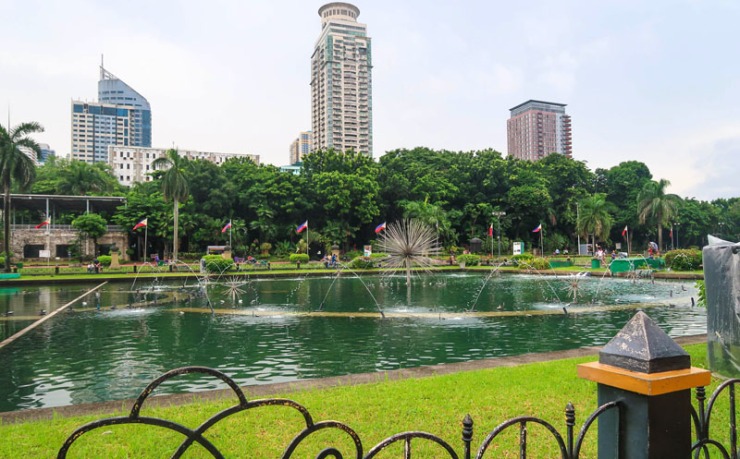 Also known as Luneta Park, it is a historical urban park located along Roxas Boulevard, adjacent to the old walled city of Intramuros, and it is one of the largest urban parks in Asia. Its current name comes from the memory of the execution of national hero José Rizal on December 30, 1896 fanned the flames of the Philippine Revolution against the Kingdom of Spain.

The Paco Park is a recreational garden and was once Manila’s municipal cemetery built by the Dominicans during the Spanish colonial period. 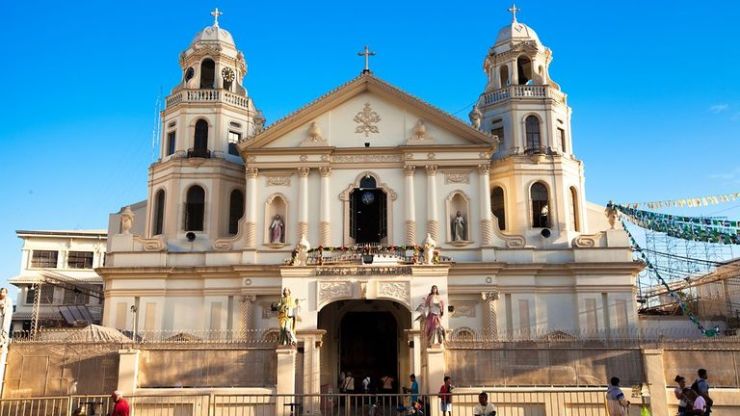 One of the most fascinating places you’ll never see in your life. 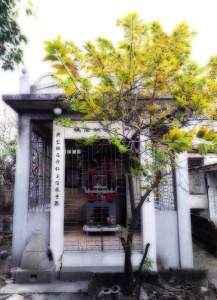 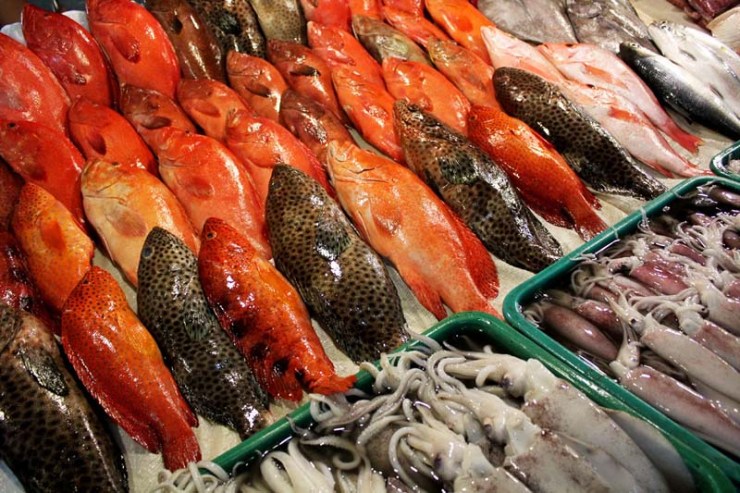 A definitely place to visit if you love seafood!

This is absolutely the most incredible market in Manila: here you can really find anything! The place is simply huge, and it’s open until late at night.
It would be advisable to go there with a guide or a local, because the market is really huge and you risk to get lost and finding the exit after a couple of days … 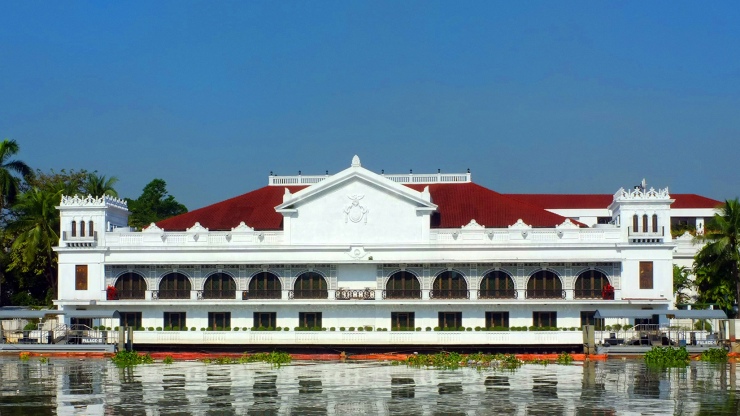 This is the official residence of the President of the Philippines, but the current President Duterte does not want to use this residence because he says it is haunted by ghosts. If you are not afraid of ghosts, you can visit it. In case you have to plan ahead and book a tour in advance. 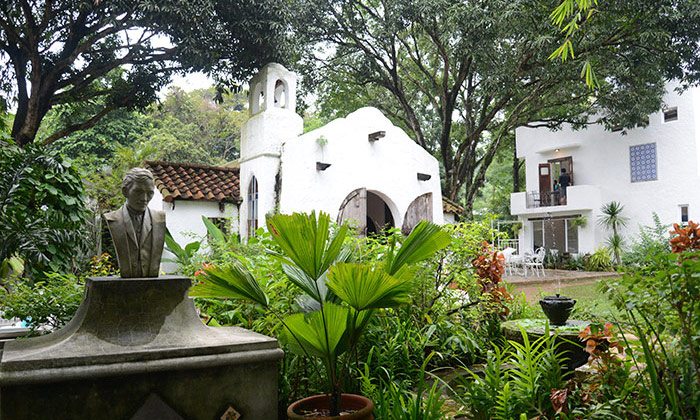 This is not simply a museum, this is a fantastic former private residence, placed in the Antipolo hills, which showcases some of the Philippines’ best contemporary artists. 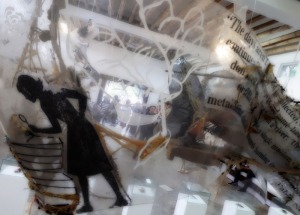 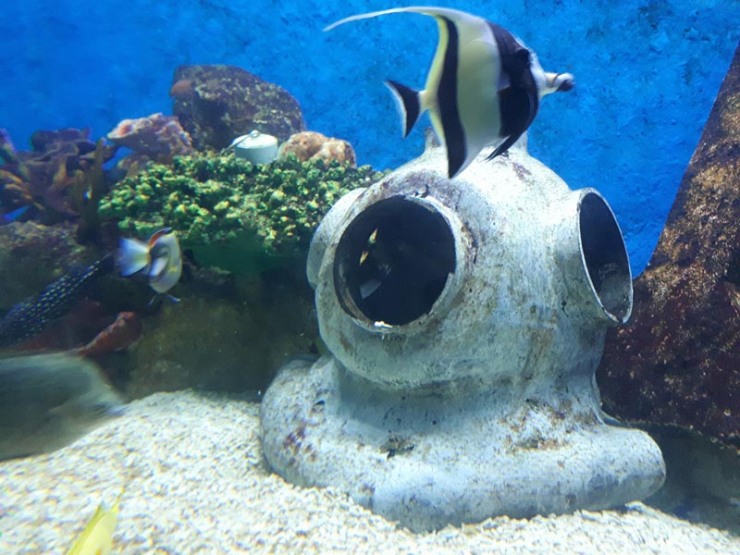 This is is the first world-class marine theme park in the Philippines. It is an integrated urban resort with marine life attractions, events and educational activities. 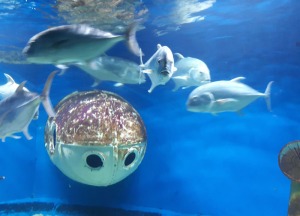 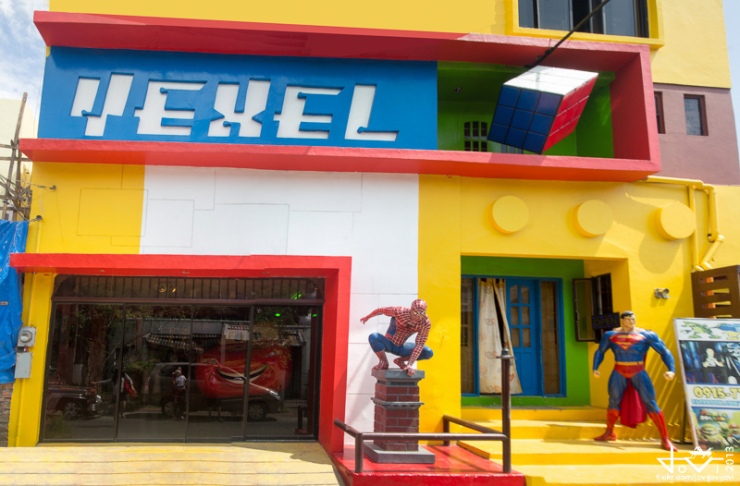 Museum of 4 floors with a large collection of toys, models, cartoon figures, super heroes, and movie characters. Not just for children!

This is is a science museum in Taguig, close to Bonifacio. The museum has five main galleries, occupying a 4,900 square metres exhibit area, and spanning 2 floors. The galleries each had its own theme namely: Atom, Life, Earth, Universe and Technology which are linked by features called “Nature’s Webways”. 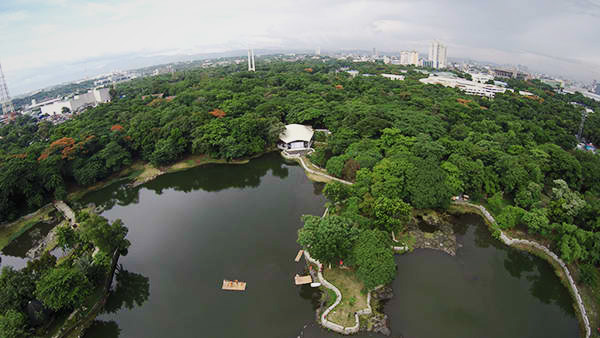 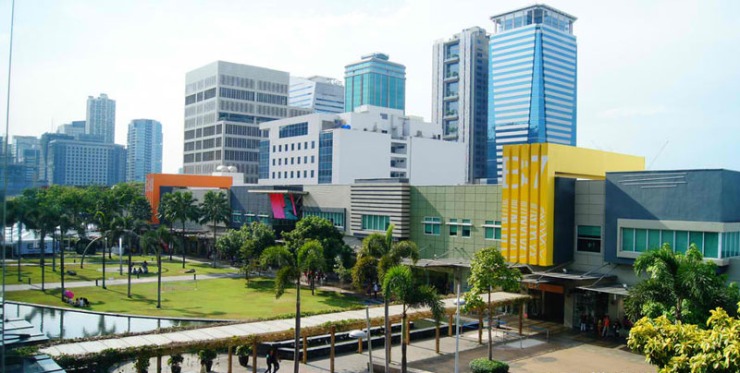 This is a financial and lifestyle district. It is worth taking a walk along its quiet streets, to go shopping or just to relax on a bench. 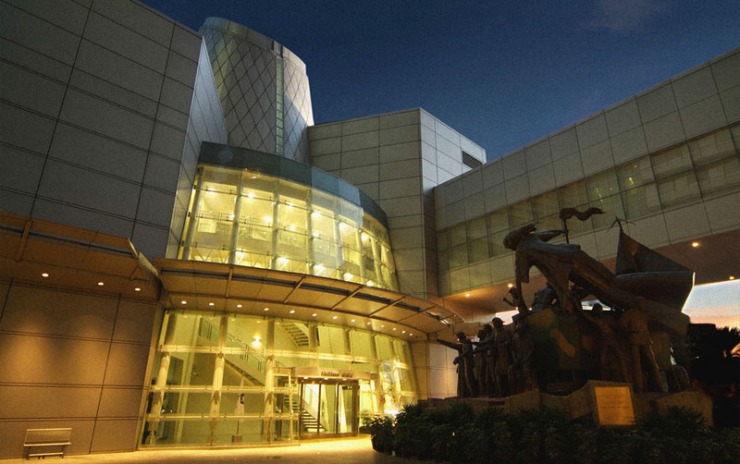 Exhibits of modern and contemporary art in an elegant and modern structure with a book shop inside. 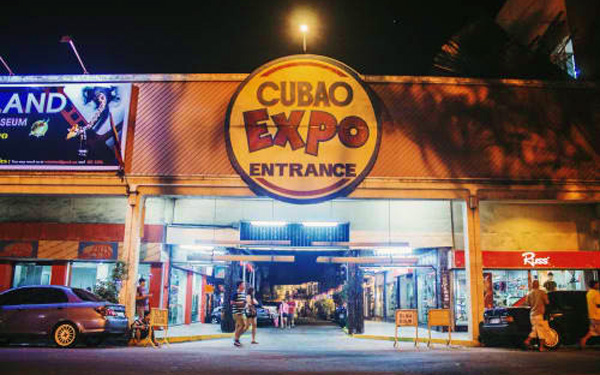 When it comes to all things underground, Cubao Expo is the place. It’s the hub for all things hip and cool, from cheap eats to quirky art, from novelty items to indie music. It’s where all artists and pop culture enthusiasts gather, as it houses art galleries, ethnic restaurants, and live music concerts you’ll want to spend the night with. 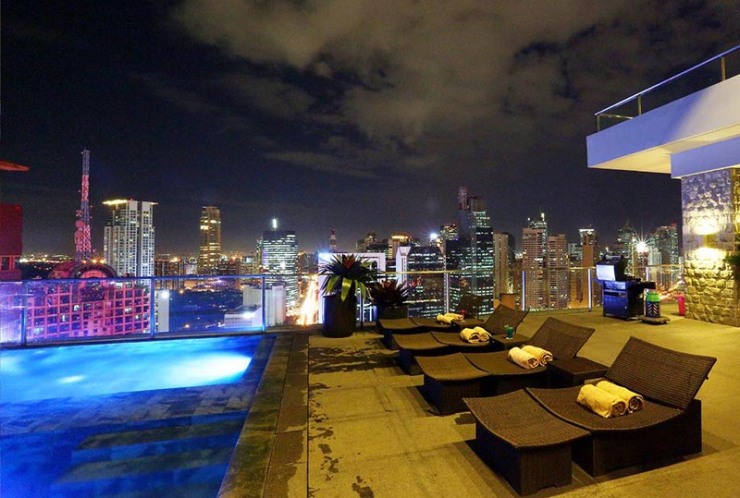 This bas is located at the 32nd floor of the City Garden Grand Hotel in Makati. From up there you can enjoy a fantastic view of the city. Unfortunately the pool is reserved for the hotel guests. 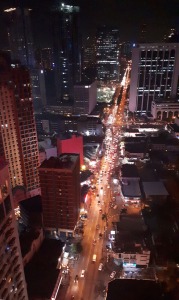 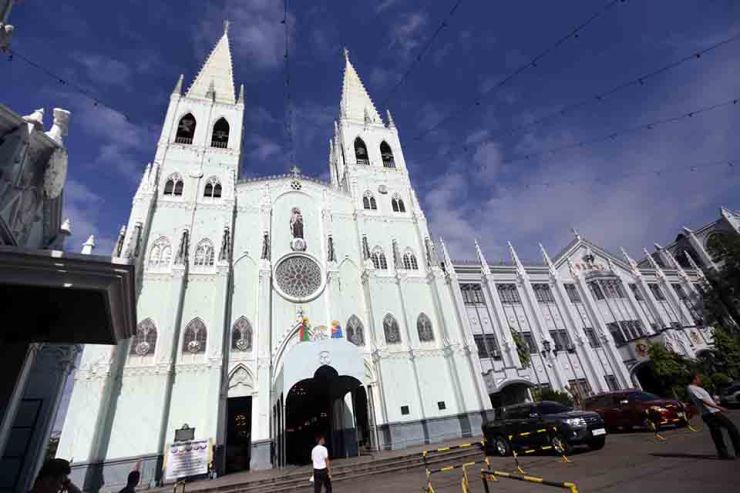 Located in Manila’s old district of Quiapo, the Basilica opened in 1891. It’s the only all-metal building and the oldest basilica in the Philippines.
Seven countries across the world worked together for the construction of this Neo-Gothic style, Augustinian church.
You can book a visit to the church and a very interesting Quiapo tour, thanks to the Foundation Save San Sebastian Basilica.

For information and reservations: contactbukasquiapo@gmail.com 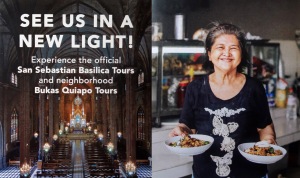 The only legit Jazz Cafe in Manila that it was even recognized by Herbie Hancock. A fantastic and intimate jazz lounge hidden off the grid in Quezon City.

Not only is this one of Manila’s finest pieces of surviving pre-WWII art deco, but it’s also the centrepiece of the Escolta St revival. Inside are galleries, cafes, co-laboratories, artist collectives, the First United Community Museum and the HUB Make Lab. Head up the fantastic spiral staircase to observe photos of old Manila lining the corridors of the 3rd floor.

Built in 1914, this beautiful ancestral home is the former residence of Perona Nakpil, the widow of Andrés Bonifacio ( father of the Philippine Revolution); she lived here after his death. As well as an insight into the grandeur of pre-war Manila, the museum provides a history of the Ilustrados and Katipunan – the anti–Spanish revolutionist movement.

A hive of creative energy and cool, this co-op brings together a collection of urban galleries, vintage shops and boutiques, along with a few bars and restaurants. It doesn’t really wake up until early evening.

Mercato Centrale is a pop-up food park of sorts that sees close to 50 vendors appear every weekend (and Thursdays) in one of the few vacant lots left in The Fort. It’s a lively scene, with most regions of the Philippines well represented along with international stalls and a beer tent.

The most exciting shop in the city for handmade things.

After visiting Manila, maybe you could want to rest on a tropical beach … in this case we recommend going to Palawan. and in particular to the new nascent destination, not invaded by mass tourism: San Vicente. 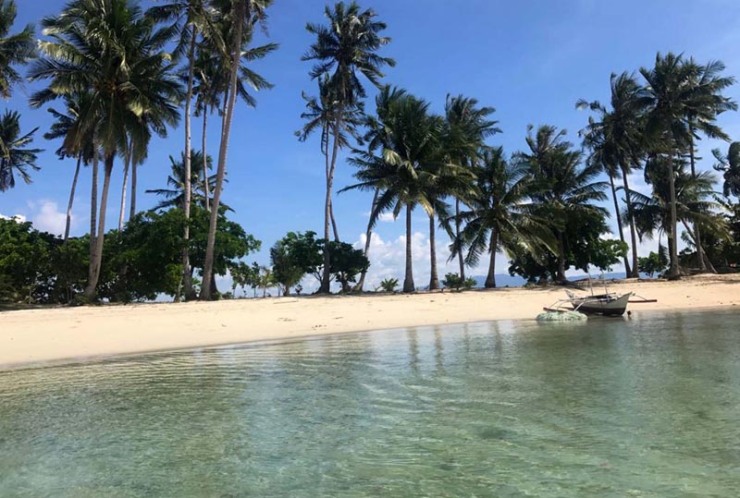 The impulse to leave, to pursue a dream, but also to understand and shape a lifestyle which is closer to our true essence.

(The heirs of the Marco Polo spirit)